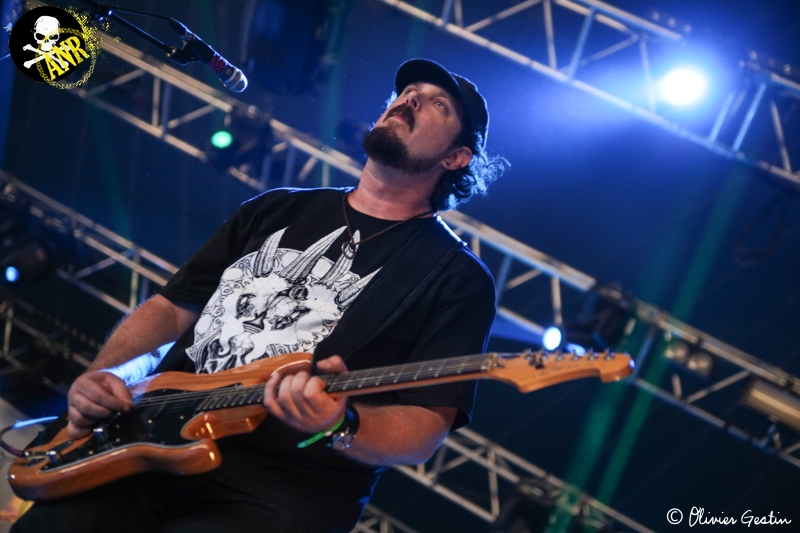 Art n’ Roll : Almost no day off during your current tour! You release albums regularly, you run the band website… how do you nourish your creativity? Don’t you fear exhaustion?

Phil Cope : That’s actually a really good question… We’ve been doing this long enough now that we kinda know how to balance things off. Sometimes you know, on long tours, we do get exhausted but we’ve just been working so hard for so long we just kinda know how to keep it fluid. It’s like exercising you know : the more you exercise, the more you can do it. I think that’s just the way we are. And we’re just, especially Laura and I, we’re just hard workers. We’re just like that as people, we knew that about each other when we started the band and so, we enjoy it.

PC : Yes, I would know what to do on down times.

AnR : And when you get exhausted, how do you keep on going?

PC : I can honestly say there’s only one time that I ever really suffer from exhaustion and I took time off. When you hit that point, you’re not doing anybody a favor, you’re not doing fans a favor by playing shows exhausted… So I took a good couple of months off and relaxed and got myself back together.

AnR : This is your third participation in Hellfest. Did you see this festival changing?

PC : Yeah! Only for the better! We were coming a little while ago. It seems like it’s the best yet, everything seems organized wonderfully, it’s laid out really well. This is one of the thing we look forward to.

AnR : You played in Paris this winter and in others French towns. Do you feel the public here in France as special or different comparing to other countries?

PC : We love France. The people in the Metal scene, in the Heavy music scene, have been really supportive to us. We’re fans for music and arts that come from France as well. So that means a lot to us on a mutual level because we have a lot of respect. So to get that respect, that means a lot to us. And we are on a French label, if that says anything…

AnR : You’re from Savannah, a city that produces several Sludge Metal bands : is your city still active in terms of Metal music?

PC : Well, it’s changed over the years because the main bands ??? [lots of noise coming from the Main Stage, spoiling the recording] and some of them doesn’t even live there in Savannah at all. It’s not quite the same as we were before because we were all in town and there were a scene. We were singing there all the time, putting on shows. That aspect has changed. But there is a whole new group of people doing the same thing. They are, in a respectful way, putting their own take on it. So I wouldn’t be surprised if there were in a whole different way people to start finding all about. There are very original punk bands right now. And our label, Retro Futurist, we try to give support a lot to those bands because we see the same spirit in them as our old scene had. Even if musically it’s different, the mindset is very much the same. I think people will see some more cool stuff come out of there very soon. It’s evolving.

AnR : Did you find time to see some bands here in Hellfest today?

PC : Not yet. Unfortunately I didn’t get to see one band yet. But I plan on it. As soon as I’m done here, I’ll be going. I have some interviews and then I’ll have a couple of hours to get around and see some shows.

AnR : What kind of band would you like to see here?

PC : I’d like to check in a little bit of everything out. I’m pretty open-minded when it comes about Metal, I like it all. So, I definitively have to see Kadavar so I’m going to check them out for sure, they’re the one band on my list. It’s classic style Rock.

AnR : I saw in a press release the term “genre-defying band” to define Kylesa. Can you precise this term? Is genre an important issue for the band ?

PC : It’s an issue that’s part of our lives and I want to say it’s not important to us because it really just comes naturally to us. We grew up in a small town in the South of the US. There wasn’t this huge division of scenes like you may have in bigger cities. If you find anybody that’s remotely in the cool stuff at all, that’s who you’re gonna hang out with. So you hang out with people to have all different kinds of taste and so you kinda grow up listening to different kinds of music. It’s not so weird to be a fan of two polar opposite kinds of Metal or Rock or whatever! I think it’s meaningful of the way we write. We’re influenced by lots of different kinds of music, bands. We never look at that as important, it’s who we are as people, our tastes, that’s what makes our music the way it is.

AnR : I have another question : you have a girl in the band, in a scene that is not very feminist… Do you think about that? Is it something you deal with?

PC : It’s not why we started the band. Laura and I started the band together because we had mutual respect for each other, our personal taste, as people, we’re really hard-workers. That was important for both of us because if you’re going to have a band that’s gonna do well, you need hard-working people. We have a respect for each other talent. Now as time is going on, a lot of focus is been put on her because she’s a very talented female in a world where that hasn’t always been supportive. But I think at this point we’re seeing more and more bands that have that same thing and hopefully it shouldn’t have to continue to be an issue. Bands should be judged on their merits as a whole. I understand why there is a lot of focus on that and I’m supportive because I’ve been doing for over 20 years, between 2 bands and I’ve seen the importance of it. I’m ok with it, I understand it and I’m supportive. But it’s good to see now that hopefully over time it’ll become less a less an issue. And just anybody that wants to be involved in Heavy music, Metal music, should be involved no matter who they are.

AnR : Yes, but some bands use female artists as something sweet and nice to see…

PC : That’s not our plan. We’re not always in control of how the press handle it. Because you know the press automatically gravitates towards her. We can’t control that. We don’t have complete control of how it represent it but most of the time she’s covered in a very respectful way. What I’ve seen is that she gets a lot of respect. And that’s great, it’s good to see the Metal world doing that.

AnR : And it’s quite rare actually to see that, to see a female artist get to talking about her talent, about her art and not about just how pretty she is or things like that (referring to some of the questions or comment some male journalists make in Metal press). For me it’s kinda rare.

PC : It’s very cool, but what happens sometimes and is not cool, is people will try to put us in a competition. And it’s not necessarily fair because we’re not competing with each other, we’re working together and I think that’s something you see even rarely : people can work together, that’s a good point to talk. I’ve learned that I do have personally to take the backseat a lot, and that’s ok because I see the bigger picture, I see the importance of the band, and I support her. She is hard-working and talented as everybody says she is, she deserves it so I have her back, but at the end of the day, we’re writing music together. We’re both writing music, we work together as a band. That’s overlooked sometimes.

AnR : About artwork : it’s stunning, who creates it?

PC : We are working with a lot of different artists. We are really lucky that a lot of great artists have gravitated toward us. We let people come to us and we search people out too. We’ve been very very lucky to work with amazing artists. Some of the artists that we work with the most, John Santos, John Dyer Baizley, Drew Speziale, Pushead, some of those guys have done a lot of our artworks over the years.

AnR : It’s quite homogenous, while is was created by different artists…

PC : We try to work with the artists so that they get a spark of what we do and they give us something back. And generally it works for us. We don’t tell the artist too much what to do, we just ask they listen to music and they let it inspire them. I think that’s why it fits.

AnR : You released an album of remixed and rearranged tracks, “From the Vaults Vol. I”, 2 years ago. Is there a date for next volume?

PC : That took me a lot of work! A lot more work than I expect. I don’t know when I ever have that much time again to work on it, or us as a band. If there’s ever some down time, then we’ll start to work on Volume II. There’s plenty of material, just not the time to go through it all. And obviously we prefer to work on new material…

AnR : In AV Club, I read an interview of Laura in which she was explaining why she hated the song “Rockstar” by Nickelback. As she does, do you have songs / bands you really hate?

PC : Yeah, but I usually don’t know the names of the bands, that’s usually just songs that I’m forced to hear on the radio on public stores. There’d be a song that I’ll hear that just make me shiver that I hate so bad.

AnR : Do they have something in common?

PC : They’re usually just cheesy songs, songs that are so ridiculously simplistic and obviously trying to appeal to the lowest common denominator : no artistic value at all. They’re the junk food of music.

AnR : This is a tradition for Art n’ Roll : we ask every band if they have other artistic hobbies, apart from music. Do you?

PC : Oh yeah! My biggest hobbie, but it’s also my job, is touring with other bands, producing records in the studio. That’s what I do the most. But I also like to draw, I do that just for myself. I like surfing, all kinds of stuff. I spend every minute of my time doing something creative. It’s a way to live.

AnR : I don’t how you find the time to do all that!

PC : Touring, actually, can be good for creating, because you have down times when you’re travelling. So that’s when I can do hobbies activities like drawing, make music on a computer and do little things like that just for myself and I find it fun. Everybody in our band is like that. Laura has photography, she’s also in graphic design. That’s something we all have in common. We’re all very creative on different levels.

AnR : It’s like you have some kind of flow that’s continuously going on?

Thanks a lot to Phil Cope who answer our questions despite the noise and the warmth! 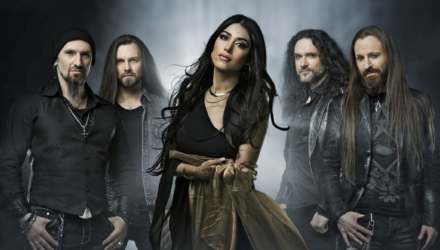 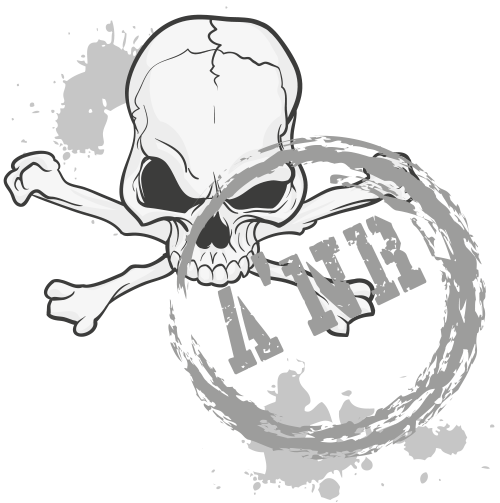 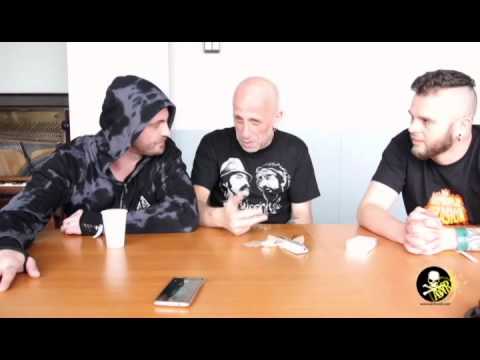 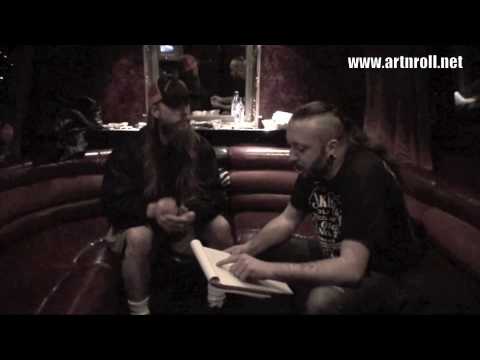 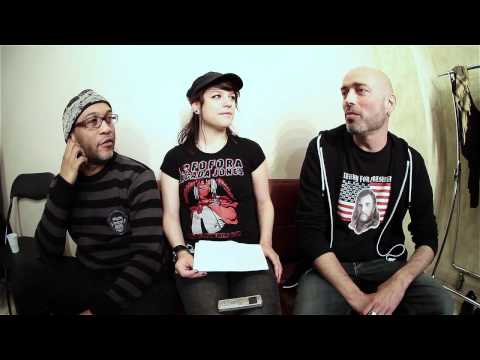